Andrew does a fine job rounding up the day’s geekiness every morning. Now and again, tabletop gaming deserves a chance to shine on its own.

The Gamers Grotto supplies games and a space to play them. Their online calendar shows miniatures, Magic: The Gathering and role-playing games happening on a weekly basis.

Also, Der Chelonian Mobile chronicles the mishaps of a Spelljammer role-playing game based out of a local Bennington pub.

The center of the public tabletop scene in Burlington is Quarterstaff Games, Vermont’s oldest friendly local game store. Open seven days a week, Quarterstaff hosts in-store gaming every one of those days. Survey their Google calendar for the full spread.

Online, in addition to Quarterstaff’s own forums, Pathfinder fans will do well to check out the Northern Vermont Pathfinder Society group, as well.

Infrequent, yet assuredly periodic is Carnage, a weekend game convention held at the Lake Morey Resort in the Upper Valley.

Hosted in a private home, but open to comers via Meetup.com is Waterbury Board Games. Euro board games are their preferred choice: Settlers of Catan, Power Grid and that sort.

Gamers in Vermont have a couple general resources, as well. Northern New England Gamers is a Yahoo! mailing list that includes a healthy number of members residing in Vermont. Green Mountain Gamers is a social network as well as the entity behind quarterly game days all over the state.

The Schenectady Wargamers Association‘s monthly gameathons host role-playing and all board games, not just the wargame variety. The SWA also puts on the Columbus Day weekend game convention Council of Five Nations.

Serving the upper Connecticut River valley is Triple Play, a game and comic shop in West Lebanon. They have events most nights of the week, with regular board games on Wednesday nights and the first Sunday going to “Ameritrash.” 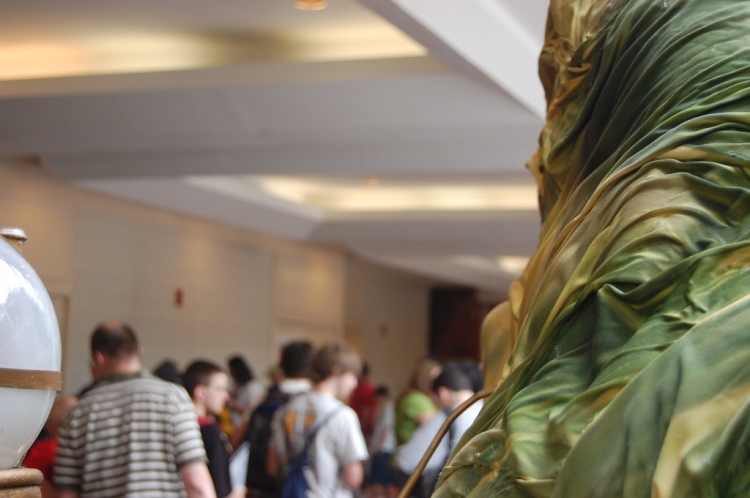 New England geeks have never let a little inclement weather get in the way of their fun. This winter and spring, there are loads of conventions right in New England or not too far out into the wider northeast for geeks to check out.

If you know of a convention we haven’t listed below, please alert us of it in the comments. Two excellent resources for finding conventions is con-news.com and New England Science Fiction and Fantasy Events.

On November 13th, the American Library Association will be promoting gaming in libraries across the world. Gaming is an activity that brings people from all backgrounds together, and one that promotes a number of different skills amongst players. This event will bring together video and board games in a safe, family friendly environment, while also bringing people to libraries. What’s not to like?

From the official site:

…libraries across the country will participate in the largest, simultaneous national video game tournament ever held! Kids will be able to compete against players at other libraries and track their scores while playing at their local library. In addition, libraries will be offering a variety of board games for all ages to play together.

Here’s where you can join in the fun across Vermont:

If you’re feeling ambitious (or just closer), here’s some nearby events in the surrounding states (and countries):