The schedule for UVM’s upcoming Tolkien in Vermont conference has been released! The conference is an annual, scholarly examination of J.R.R. Tolkien’s legacy, and it’s an interesting way to learn some new things about the author who created Middle Earth. This year’s theme is Tolkien and Medieval Verse.

I’ll be presenting on Saturday morning with a look at how Modern Fantasy (spearheaded by Tolkien) emerged from much older stories. Full details can be found here.

UVM will be hosting actor Alan Alda for their Burack Lecture Series for a talk titled “Helping the Public Get Beyond a Blind Date with Science”. The talk will take place on Monday, February 2nd at 4pm at UVM’s Davis Center Livak Ballroom.

Alda, actor, director and writer, has had a lifelong interest in science. In addition to his well-known roles in M*A*S*H and West Wing, he hosted PBS’ Scientific American Frontiers from 1993 to 2005. After interviewing hundreds of scientists, he became convinced that many researchers have wonderful stories to tell, but some need help in telling them. Alda played an important role in the creation of the Alan Alda Center for Communicating Science, and has led workshops that use improvisational theater games to help scientists communicate more directly and personally. He was co-chair of the 2009 World Science Festival in New York City, hosted the 2010 documentary miniseries The Human Spark, and has written a play about the life of Marie Curie. 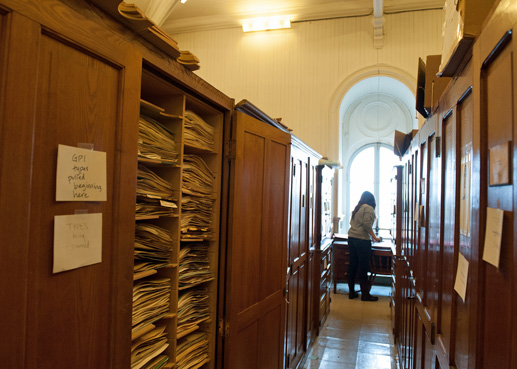 This is pretty awesome. UVM announced today that they’ve won a $470,000 grant to establish a Vermont Natural History Museum from the National Science Foundation. According to their release, it’ll allow the university to consolidate three major collections which they currently house: plants in the Pringle Herbarium and invertebrate / vertebrate collections from the Thompson Zoological Collections.

The award will be used to improve specimen storage conditions for each of the collections, reducing the chance of damage from fire, water and pests. It will also enable the university to significantly expand digital imaging efforts currently under way of both the animal and plant collections and of data retrieved from the specimen labels and collection archives.

Vermont isn’t hurting for scientific museums: the Fairbanks Museum of St. Johnsbury is a fine Natural History museum, although it isn’t state-specific, and the Montshire Museum of Science of Norwich is a great introductory location. It’ll be cool to see what comes of this, and hopefully, it’ll be open to the public.

UVM Scientists are set to test a vaccine for the West Nile virus which has penetrated the state in the last decade. Here’s the news from WCAX News:

It won’t be long before the mosquitoes start biting again; it’s a given in Vermont. And just like the pests themselves, experts say the West Nile virus that some of them carry is here to stay. West Nile first came to the United States in 1999 and is now the country’s leading vector-borne cause of viral encephalitis. Doctors say more than 3 million have been infected so far.

“It can cause most commonly an encephalitis-type picture in people that do have neurological symptoms,” said Dr. Kristen Pierce of UVM-Fletcher Allen infectious disease.

And it can be fatal. To date, there is no treatment for West Nile virus and there’s no preventive medication either. But researchers at the University of Vermont’s Vaccine Testing Center are working to change that. They’re about to begin a new trial on the first ever West Nile virus vaccine developed by the National Institutes of Health.

Read the article and watch the segment here.

VPR has a cool article on some findings from UVM scientists:

When a group of scientists led by UVM’s Paul Bierman started studying a sample of ice taken from the very bottom of Greenland’s ice sheet, they expected to find a mix of ice and dirt or rock. But what they discovered surprised them. It revealed a landscape very unlike what everyone had envisioned, and changes our understanding of what’s been happening to Greenland’s ice over the last several million years.

Paul Bierman is a professor of geology at the University of Vermont. What his team discovered about the landscape of Greenland suggests that the ice sheet that covers that country has not melted and reformed and melted and reformed over millennia, but has most likely stayed frozen through multiple climate shifts.

This past weekend was the 11th Annual Tolkien in Vermont conference at UVM, hosted by Dr. Christopher Vaccaro. I had the pleasure of attending and presenting on Saturday, which was a day filled with talks about all things Tolkien. It was an interesting one!

I was actually up first at 8:30am. My presentation, titled Building Fantastic Worlds: How Tolkien Created The Modern Fantasy Genre built off of a number of my columns from Kirkus Reviews. I traced the beginnings of the fantasy genre as it appeared before Tolkien (and thus inspired him), and how his books (and some of the problems surrounding them) helped to heighten the awareness of fantasy literature, and then helped to inspire other authors down the road.

After me, Nicholas Birns spoke on Authorship and the Vita Contemplativa in Tolkien, looking at how Tolkien’s voice came through the text through various characters. It was an interesting talk, and it’s given me some things to pay attention to next time I read the trilogy.

The next two talks were in the second session, titled A Question of Others. Gerry Blair had an interesting talk on some of the potential historical roots for Tolkien’s characters in What Then Are These Wood-Woses?. Andrew Peterson was up next with a really good talk titled Beorn & Radagast: Exploring the Relationship between the Skin-changer and the Wizard, in which he examined the role of magic and their larger role in Middle Earth. There’s an interesting question of balance between the characters, and I particularly enjoy any talk that explores the relationship between nature vs. technology.

We broke for lunch, and returned to hear the keynote speaker, Dr. Kristine Larsen talk about Numenor and the ‘Devouring Wave’: Literary, Historical, and Psychological Sources for Tolkien’s Self-described ‘Atlantis Complex’. Lots of talk about dreams and shared experiences (such as Atlantis) and how these sorts of stories are fairly common throughout the world.

The final professional session was titled Dragons and Wizards, with Richard Fahey presenting Dragonomics: Smaug and Pollution in Middle-Earth. This was a great talk that touched on the role of technology vs. nature, and went into some great detail on the nature of Tolkien’s dragons (and some of their roots). The final talk was by conference organizer Dr. Chris Vaccaro with his talk Following Saruman, which explored how Middle Earth isn’t exactly queer-friendly, and looked at some of the sexual imagery and interpretations one can glean from the books.

I had to leave a bit early, and missed the student presentations, but I have to say, I enjoyed myself immensely. I’m certainly planning on attending next year’s talk, which will revolve around Tolkien and medieval epic poems.

The Tolkien in Vermont conference has posted up a detailed schedule for the conference (starting today). Here’s the times for each presentation:

Here’s a reminder for anyone in the Burlington area. UVM will be hosting their annual Tolkien Conference from Friday to Sunday. This year’s theme is ‘Bombadil and Other Middle-earth Mysteries’. As an added bonus, I’ll be attending as a presenter! My topic is titled Building Fantastic Worlds: How Tolkien Created The Modern Fantasy Genre.

Are you planning on attending? Let us know!

Later this week, UVM will host their annual conference on J.R.R. Tolkien, with a variety of papers on the British author, generally around the theme of ‘Bombadil and Other Middle-earth Mysteries’. It looks like it’ll be a fantastic event, with an interesting schedule of papers and presenters. I’ll be presenting at some point (I don’t know if this list is the presentation order), talking about how Tolkien’s Middle Earth stories helped to supercharge the door-stop Fantasy novel genre.

Here’s the full schedule for this weekend:

We reported on this last year, and I’ve seen a call for papers for the upcoming year’s conference, once again at UVM. This year, the conference will be held in April, from the 13th through the 15th.

No further details are up at the moment, but when we hear something, we’ll let you know!