Disney’s live-action take on Maleficent enters theaters this week, and a handful of locations around Vermont will be screening the film early. Here’s where you can catch it on Thursday, May 29th:

Here’s where the film will open on May 30th:

If you’re near one of these theaters, you can also catch it on May 29th:

It’s always interesting to come across new names when it comes to Vermont and Science Fiction. Case in point, M.L. Humphrey. He’s published two books this year through Virgo eBooks: The Orphan from Space and A Whisker in Time.

I am a Vermont native, husband, father, grandfather, Navy veteran, retired IBM engineer, retired printer repairman; a graduate of Goddard Jr. College, Vermont Technical College, and Trinity College. Over the years I’ve written technical articles, taught technical classes, and presented at technical conventions. I started reading science fiction in high school, and bought my first books through the TAB (Teen Age Book) club; they were “Journey to the Centre of the Earth” by Jules Verne, and “The Stars Are Ours” by Andre Norton. I’ve been reading science fiction for over 50 years now and have accumulated many great stories; along with a considerable amount of junk ones as well. I’d say by now that I probably have a good idea of what I consider a good story. I hope you enjoy them as well.

Here’s the blurb from Orphan from Space:

Once there was a race of people that had ranged throughout the star ways of our galaxy, they were called the Predecessors. Occasionally space explorers would find one of their abandoned ships; little more than a rusted out hulk, the centuries of disuse leaving little evidence of its former grandeur. But where had they gone? Jasom Kingston is a fifteen-year-old boy on the Kings’ Quest, a small exploring ship sent out to explore a star system further out on the galactic arm from their home world of Evenset. Arial, the nineteen-year-old daughter of the ship’s captain is Jasom’s competition when it comes to explorations, but also the girl he secretly has a crush on. During a training mission Jasom discovers something mysterious hidden amongst the jagged rocks that comprise a belt of cosmic debris between the orbits of the fourth and fifth planets of this yellow star, so far from home. How had it come to be there? As the crew decides to return to Evenset to enlist help, Jasom is allowed to use the ship’s small flyer to retrieve a satellite they had placed in orbit around the third planet. Things escalate when the Queryl, a mysterious and inimical race of beings from an unknown part of the galaxy, attack the King’s Quest. Will Jasom make it back to the ship in time? How will the ship deal with the dangerous Queryl? Beep…beep, Jasom receives a message, it’s not what he expected. He reads… Queryl onslaught imminent. Invoking emergency protocol Q-stat. Your orders are to proceed using protocol R-stat. Love mom. All he could remember about the R-stat protocol were a few words that are new to him: Nashua, Montana, 1952…

We recently came across a new horror author in the area, Kristel Smart, who released her first book, In Stone last fall, published by Virgo eBooks of Vergennes.

Here’s what it’s about:

The house looked innocent enough. There was nothing to distinguish it from any other quaint, older home nestled within the rural Vermont landscape. For Liz, Charlie, Donna and Willa it was a dream come true; exactly what they needed. Each of them had escaped hardship longing for the comforts of loved ones, hearth and home. The spacious house, the location and the timing all seemed so perfect. But none of them could imagine the horrors that awaited them as the house revealed its secrets.

On Amazon, she describes herself as such: I am a writer with a long and diverse history of topical interests. As a logical person, my world was altered significantly by an unbelievable, personal encounter with the occult. Since then I have had a deep interest in how it all fits; the natural world that I adore, with the supernatural world that I’m trying desperately to understand. My first book, “In Stone”, was written about this personal encounter.

The latest X-Men film, Days of Future Past, drops this week into theaters. The ‘sequel’ to X-Men: First Class, this one follows the team as Wolverine is sent back in time to change history. It’s based off of one of the best-known comic books, and it looks pretty awesome.

Several theaters are showing the film early. Here’s where you can find the film on Thursday, May 22nd:

The following theaters are starting the film normally, on May 23rd

Here’s where you can find the movie early nearby: 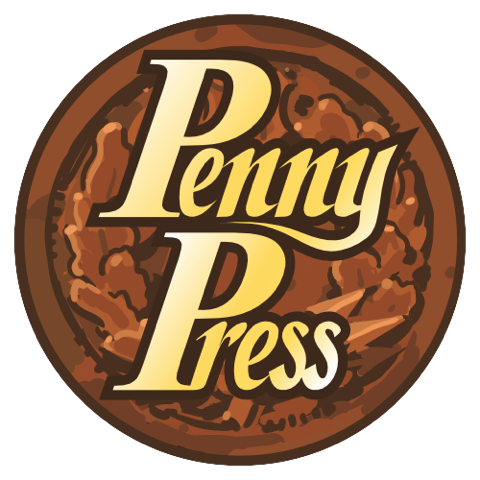 If you ever frequent the Upper Valley gaming scene — Carnage, MEGA Meltdown, Triple Play, Black Moon Games — you might glimps or try Penny Press, in which players vie to scoop news stories and create the best-selling newspapers of the 19th century. Robert Dijkman Dulkes and Matt Golec started with an idea for a board game over beers and steadily developed from there.

To learn more about the game’s development, check out the Penny Press Designer’s Diary, updating regularly over on Boardgamegeek.com.

A Game of Thrones board game. Photo by François Philipp.

Join us for a new Bakuretsu Con hosted event. The Bakuretsu Con Monthly Gaming Night! Come and play board games and card games. There will be plenty of games on hand or bring your own! This event is FREE to the public!

Bakuretsu has hosted anime- and gaming-centric conventions since 2002, when they came on the scene. Recently, they’ve begun sprinkling shorter events throughout the year, in addition to their big three day weekend anime convention in the fall. This latest event is wonderful news. Of late, Vermonters seem spoiled for choice when it comes to places and times to play tabletop games. That Bakuretsu’s partnered with a library is icing on the cake. When geekdoms align, wonderful things happen.

Brap’s Magic will be holding a launch event for the latest D&D Encounters season Dead in Thay on May 10th at 4:00pm.

Dead in Thay is the fourth adventure of The Sundering, an important storyline event shaping the future of The Forgotten Realms. Players will be able to submit their play results through The Sundering app, and the actions they take can shape the Realms forever! The Sundering is all leading up to the massive Tyranny of Dragons multimedia event, and the eventual launch of the upcoming fifth edition of Dungeons and Dragons.

After the Launch Weekend, players will be able to continue the adventure in our weekly D&D Encounters events on Wednesday nights!

Our region has seen more heavy rains and floods over the last five decades. Now, the new National Climate Assessment, released this week by the White House, warns of more dire weather patterns.

More flooding, more heat, more air pollution and more damage to aging transportation infrastructure are just a few of the bleak predictions about how climate change will affect the Northeast and New England.

Representatives of 350VT, Citizens Climate Lobby-Burlington and Sierra Club Vermontprovide their assessment of the report.  And they’ll discuss what can be done in Vermont to positively affect climate change.

Listen today at Noon and at 7pm. Post comments here.

Last night, we held our first SciFi book club at the Pierson Library, where we discussed Andy Weir’s The Martian. We had a good discussion, and now, we’re looking forward to our next meeting, in which we’ll discuss Leviathan Wakes, by James S.A. Corey!

The meeting will be on June 5th at 7:00pm. Grab a copy of the book (available at a lot of local bookstores), and come out to chat with us about it. Personally, I can’t recommend this one enough – it’s a fantastic, solid SF read.

RSVP for this meeting here.

The Galaxy Bookshop in Hardwick is running a Book Drive for Hardwick Head Start! They’ll be collecting books for children to encourage kids in the area to read. 26 kids will benefit from this:

During the month of May, in celebration of Children’s Book Week and the importance of books in children’s lives, we will be hosting a Book Drive for the Hardwick Head Start and Early Head Start programs.

Our goal for the month is to have one book to give each of the 26 children currently enrolled in the Head Start or Early Head Start programs. Those books will be sent home to add to the children’s personal libraries.

In addition, we hope to collect books to donate to the Head Start classroom library, to be read and enjoyed with students for years to come.

So, if you’re in the area, consider donating a book before the end of May.